Is MetroPCS GSM or CDMA Carrier ? – Answer With A Guideline

Have you ever heard about MetroPCS in the recent past? It is basically a prepaid wireless service in the United States that is part of T-Mobile US. This cell-phone service provides nationwide talk, text, and data depending on the plan services using GSM, HSPA,HSPA+, and 4G LTE networks. Is MetroPCS GSM or CDMA ? This is a question that most users of MetroPCS users ask every now and then. This article will outline everything for you so that you can make an informed decision.

If you are one of the many people who are interested in MetroPCS’s low, fixed monthly cost and complete lack of contracts, you should know about device compatibility so that you can get the desired results.

Most mobile phone users have appreciated the need to invest in this cell phone service. This is because it offers a low fixed monthly cost, middle-of-the pack data plan, and two unlimited option. Therefore, you can be sure that you will find a plan that suits your needs.

Cell-phones usually operate using different types of technology. These include:

GSM basically refers to the Global System for Mobiles. CDMA, on the other hand, stands for Code Division Multiple Access. One of the most significant differences between these two systems is that GSM phones usually use SIM cards to link to a particle phone with its network, while CDMA phones do not need a SIM card to operate. This is because the phone itself is already linked to the network.

However, as we speak, there is a widespread of 4G LTE network. This has revolutionized many things. Initially, the GSM versus CDMA debate was actually all about 2G and 3G technology. Nowadays, phone manufacturers such as Samsung, Apple, and even Google are making devices that are compatible with all the three phone technologies. As we look into the future, we shall have even 5G networks, which is bound to be faster than 4G network.

In 2015, MetroPCS shut down its CDMA network. This means that devices using GSM technology would remain compatible with MetroPCS’s service. This paradigm shift actually left most of the MetroPCS subscribers without a service for quite some time. This made the company to offer a trade-in program for a limited period.

Currently, the trade-in program has now expired. Therefore, you need to have a compatible phone that will be able to use GSM technology if at all you are interested in MetroPCS. In this case, MetroPCS is GSM and not CDMA anymore.

Besides this, there are other requirements that your phone must meet. These include:

As we speak, you can now transfer phones the way you please. However, it has to be checked through the IMEI number of the Metrobyt website. If the phone is compatible, it needs to be unlocked first.

Generally, the carrier accepts iPhones, Windows-phones, Android phones, and other feature phones as long as they are unlocked. However, it does not accept BlackBerrys, tablets or hotspots. If you have unlocked your phone, it is essential that you purchase a MetroPCS-branded SIM card so that your phone can access the network. In fact, you can port your old phone numbers from your previous carrier as long as you are free of any contractual obligations.

Currently, MetroPCS is only offering this service to users present in Dallas, Hartford, Boston, and Las Vegas. However, there are plans to add more cities in the coming days. The moment you choose to bring your own device, you will get the same unlimited, contract-free plans from $40 to $60 per month. It all depends on your budget.

In the near future, MetroPCS will be adding two new GSM phones to its lineup. Rumor has it that they might be LG Optimus L9 and Samsung Galaxy Exhibit.

GSM vs CDMA Devices – What is Better as Far as MetroPCS Service is Concerned?

Most people usually as the above mention question in order to make a wise decision. Although both GSM and CDMA accomplish the same goal, they have a number of differences. In the United States, two of the 4 major carriers, known as Verizon and Sprint, usually use CDMA. However, the other two, known as AT&T and T-Mobile, usually use GSM.

Although neither is better when it comes to quality, GSM is better than CDMA since GSM can be unlocked and moved between different carriers. However, CDMA phones are normally locked to a single carrier and are unable to be transferred. This is because phones on CMDA networks do not use SIM cards because each phone is built specifically to work on that carrier’s network.

Therefore, if you want to switch providers, you have to buy a new phone. This can actually inconvenience you a great deal. Once you unlock the phone, you can be sure that you will gain better services according to your area coverage. Once you have unlocked your device and ensured that it is compatible, you can readily switch to MetroPCS by choosing your preferred plan.

What Are The Requirements Should I Meet Before Unlocking My Metropcs Phone?

Unlike a majority of wireless carriers, Metro’s unlock requirements are quite simple and straightforward. For you to be eligible to unlock the Metro phone, your device has to meet the following requirements.

If you replace your phone within its warranty period, you should not panic as the original activation date will still count as the start of the 180-day period instead of the date that you received the replacement device.

What is the Military’s Exceptions to MetroPCS’s Unlock Policy?

If you usually work in the military, you will not have to meet the 180-day active phone service requirement before getting the unlock code. Instead, you need to follow these steps.

Once you have followed these steps, MetroPCS will send you an email with the unlock code. After that, you will be able to access the network on your device and thereby use it to communicate with friends and so on.

What Steps Should I Follow To Unlock A Metro Phone?

If you want to unlock your MetroPCS, there are some steps that you should follow. However, these steps are based on the kind of device you own. For some models, you have to download an unlock that is specific to that phone. However, for others, you might require a little bit of assistance.

Some of the devices that allow you to unlock them using an app include HTC desire 530, Samsung Core Prime, LG G Stylo White, Motorola E4, and ZTE Avid PLUS. Here, all you need is a good internet connection, and you will be good to go.

If you do not have any of these devices, and maybe you have any iPhone model, you might have to contact the customer service team. Here, you should first gather your account information, such as PIN and other vital details. Ensure that you have an email address and then contact the customer care team. You will be given an unlock code, which you shall use to unlock the device.

What phones can be used on MetroPCS?

Currently, you are free to bring your entire unlocked GSM phone to receive MetroPCS service. This is more important as it marks the first time that MetroPCS, which used to accommodate CDMA phones only before the merger, is now using T-Mobile’s GSM network.

What is a GSM mobile phone?

GSM is an acronym for the Global System for Mobile Communications. As the name implies, this standard was developed for and has always been adopted by the entire globe to communicate through cellular calls.

Will a MetroPCS CDMA phone work on a GSM network?

No. This is because these phones usually run on different frequencies. However, certain phones can run on both technologies. These include iPhone 8, iPhone 8 plus, and some Google Nexus phones. Before you think of switching, you should ensure that your phone is compatible first.

In terms of network coverage, is CDMA better than GSM?

When it comes to network coverage, CDMA networks usually allow for a greater number of users compared to GSM networks. This is because the capacity of CDMA is greater than that of GSM networks. Remember that CMDA is the infrastructure on which all the 3G networks are based for both GSM and CDMA carriers.

Can I put my MetroPCS SIM card in another phone?

Yes. Just like any other cellular service provider, you can readily switch devices the way you please. All you need to do is to move your MetroPCS SIM card to your new phone and then activate it.

What phones have both CDMA and GSM?

Some of the devices that have both CDMA and GSM include the Moto G4 Plus, Moto X Pure, and Motorola Droid Turbo 2.Besides this, these handsets are known for their touch-free controls.

Can I activate a MetroPCS phone online?

How do you check if my phone is compatible with MetroPCS?

You can readily do this by checking the IMEI number to determine your phone’s make and model. This way, you will be able to know if your device is compatible or not.

How much does MetroPCS charge to activate a phone?

You will note that MetroPCS does not charge any activation fee. However, if you are a MetroPCS subscriber and you intend to switch to a different phone, you will be charged a $15 fee at the store.

It is true to say that MetroPCS, which was initially CDMA-only, is now GSM. Since the shutdown in 2015, only devices that use GSM are compatible with MetroPCS’s service. If you plan to use the MetroPCS services, you should read this article so that you can know what is expected of your device and thereby avoid future inconveniences.

How Do You Unlock An iPhone? - Easy & Best Method 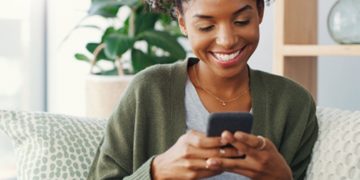 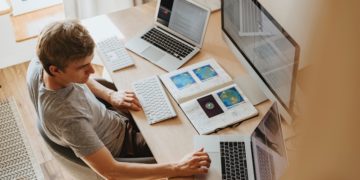 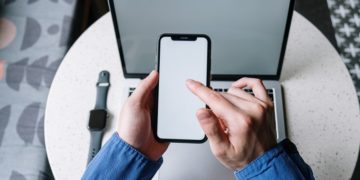 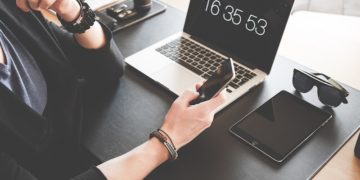 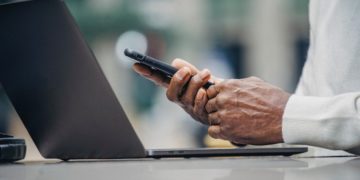