How To Get Wi-Fi At Home Without Cable

The internet is slowing becoming a basic human need. More households in the United States are shifting away from cable TV to online streaming and thus a rise in the demand for home internet. But even with that rise, it is not all people that want to be connected to the Wi-Fi via a cable hence the need to have service providers that can provide home Wi-Fi without using cables. This is a guide on how to get home Wi-Fi without a cable and phone and the best service providers that you can rely upon to help you achieve this.

Before you even start shopping around for wireless ISP, you would be very much interested in learning about the advantages that wireless internet offers. These are some of the most convincing reasons why wireless internet is better than cable internet. 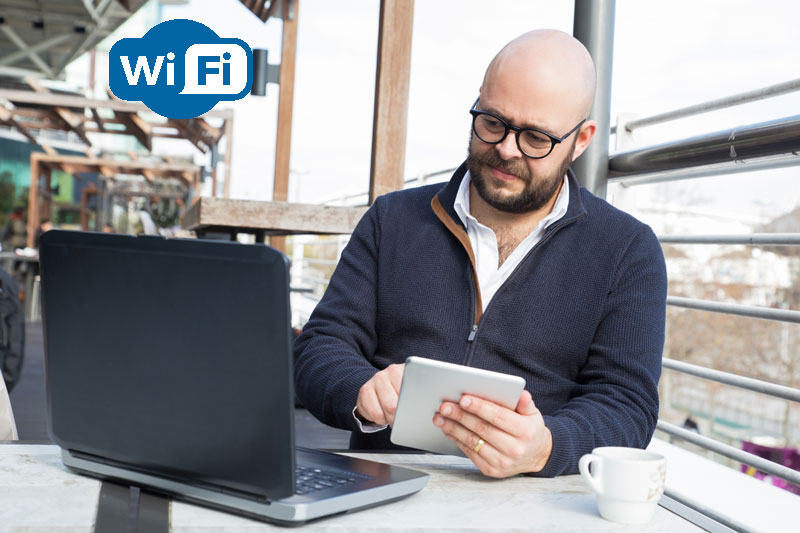 Cable internet has a limit on the number of users that is generally lower than that of wireless internet service. This is largely due to the fact that the cable internet usually has a limited number of ports to which devices can connect to. This, therefore, means that with all the cables occupied, there is no slot available for any extra users or devices to be added to the network. Wireless internet, on the other hand, however, supports more devices only that the speeds may become reduced.

2. Less Costly To Set Up

For cable internet, you are required to pay for the cables that will be involved in setting up the network at your home. This is costly, especially if you live in an area that not so many homes have home internet and therefore the network has to be tapped form another far off distance. Additionally, the time used in setting up this network is intensive, and so is the effort as well. Wireless internet is less costly to set up because the wires and cables are not required for you to have the connection running.

5. No Cases of Vandalism

There are several alternatives to cable internet that you can go for at home or which your ISP can use to provide you with wireless home internet. These are : 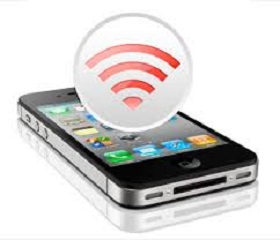 We all know about the mobile hotspot, this is where you turn your mobile phone into virtually a router that helps you connect all other devices to an internet connection. This is common for people that do not have high internet usage demands. Aside from just using your mobile phone to provide the hotspot, there are other devices called Mi-Fis that can help you set up hotspots in your house from which other devices can get their internet connection. With a mobile hotspot, however, you are going to incur more in paying for your phone’s internet since this is the package that you will be using.

Not so many ISPs in the market have a package for home internet that is provided through mobile hotspots. With mobile hotspots also, you can connect up to eight devices, which is a good thing. However, connection downtimes are common whenever your GSM card is in use such as when you are receiving a phone call or if you are sending SMS. 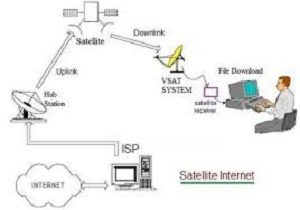 Satellite internet is what is used by many home internet ISPs to provide wireless internet. ISPs that use satellite to provide wireless home internet have satellites that are stationed in space and these offer internet connection to homes even in remote areas. Satellite internet is preferred because it’s one among the more affordable options when you think of internet connection, especially at home. Additionally, this type of connection usually does not have data caps unless the ISP sets that. This allows you to have access to unlimited intent at home that you can use to stream or do other tasks on the internet with. Satellite internet, however, is prone to downtimes, especially when there is bad weather.

Fixed Wireless Internet is another most commonly used methods used by ISPs to provide home internet to their customers. When you subscribe to a home intent connection, you are most likely going to be connected to a fixed wireless internet service. This service works similar to how a satellite internet connection works but with better and more stable connection. The signals, in this case, are relayed in radio signals from cell phone towers in your vicinity. This ensures that the connection is less likely to be interfered with by bad weather. Great news also that you can anticipate is that the rollout of 5G internet is going to take place via fixed wireless internet connections going by recent tests and the results that they have yielded.

With the benefits of wireless internet elaborated and well understood, it is necessary to know which internet service providers are available in the USA and what are their charges.

This is a telecom company that is solely dedicated to the provision of internet only packages. For many people, they prefer this telecom because they offer dedicated internet service that can be relied upon. Compared to many other telecoms that offer internet and cable phone services, Verizon Fios can be ranked as being more superior and with more reliable service. The sad thing, however, about this telecom is that its service is not available in many areas in the United States. Some of the states that have access to Verizon Fios are; Washington DC, Delaware, New York, Maryland and, New Jersey. Basically, Verizon Fios is meant for people living on the East Coast. Their packages are as follows;

i) The Verizon $39.99 Plan
This is an exclusive plan that is offered by Verizon for a monthly fee of $39.99. You get up to 100 Mbps. The catch however though is that you need to commit to a one year plan. There is also a two-year plan where the monthly price is cut down by $10 a month for the two year period.

ii) The Verizon $79.99 Plan
This is the other plan that is offered by Verizon and offers speeds of up to 940 Mbps. This plan is also straightforward, like the one above and requires a one-year commitment with the option of a cut down price should the period be extended to two years and beyond.

Google rules the Internet in this modern age. They offer some of the best internet plans in the USA. Their plans, however, require that you be on the West Coast to get connected. In some areas also, it is required to that you either live in a condo or an apartment to get connected to the plan. There two most common plans are;

i) Fiber 100
This is the most common package that most people subscribe to. With this package, you get 100 Mbps a month for only $50. This connection is reliable and suited for streaming since Google primarily offer internet and TV service. The package also does not require that you enter into a contract with Google; hence, you can opt out at any moment.

ii) Fiber 1000
Fiber 1000 offers speeds of up to 1000 Mbps. With this plan, you can connect up to 10 devices at a go to the network. You will get amazing streaming quality, and you can download an HD movie in under a minute. There is no data cap for this plan and also like the previous one above, you are not required to enter into any contract beforehand.

This is another ISP that offers affordable wireless internet in the United States. Their main advantage is the fact that they provide internet to more areas in the United States compared to other service providers. You will get their internet connection in these among many other states; Michigan, Texas, Georgia, Illinois, North and South Carolina, Ohio and, Oklahoma. You can contact them to see their availability in your area.

DSL Extreme is able to offer faster speeds because it is based on the AT&T U-verse network. They offer two plans that you can choose from. Their standard plan is $52.95 per month and offers speeds of up to 24mbps. Their other plan offers up to 45 Mbps and goes for $62.95 per month. DSL Extreme also requires that you commit to a one year contract before you can access their wireless home internet.

Charter Spectrum has one of the widest availabilities in the United States. This wireless internet service provider is available in up to 30 states, including Washington DC, New York, Alabama, Arizona, Minnesota, and South Carolina among many others. You can check a full list of the areas that they cover on their website. Charter Spectrum, unlike other ISPs, only offers one plan in their home internet service.

They offer a $39.99 a month internet service that allows you to get speeds of up to 60 Mbps. Like many of the service providers listed here, this ISP requires that you commit to a 12-month contract. However, they do not offer a cut-down plan for any extensions past one year.

Reading through this guide on how to get internet without cable or phone, you have seen that some of the service providers offer a contract agreement, and some of them don’t. Depending on how long you wish to commit to the plan, it is important to choose the ISP that serves your needs best. If you are going to stay in a place temporarily, contract agreements should be avoided.

If you have been having a problem with your cable internet and you are looking for an alternative option that is more reliable, wireless internet is a better option. It is possible to get high-speed internet without cable or phone. You should not limit yourself to cable internet only. Check on the availability of the above-listed ISPs in your area to confirm if you can get their service.

Tags: How To Get Wi-Fi At Home Without Cable
Next Post

Which Smoke Detectors Are Best For 2019 ?

Simple Mobile Compatible Phones List With Others Facts To Know

How To Find Lost AirPods That Are Offline ? Your Ultimate Solution

What Towers Does Straight Talk Use For Nationwide For Coverage ?